Arduino boards have become the ultimate electronics learning tools. First of all, they’re stupid cheap, which means the barrier of entry is not financial. Secondly, the Arduino community is booming with cool Arduino projects, showing the world what is possible with cheap electronics.

The world of drones has not been spared from the takeover of Arduino robot projects, as many creators have even made Arduino drones. I myself have built an Arduino drone, and it is an awesome learning experience. 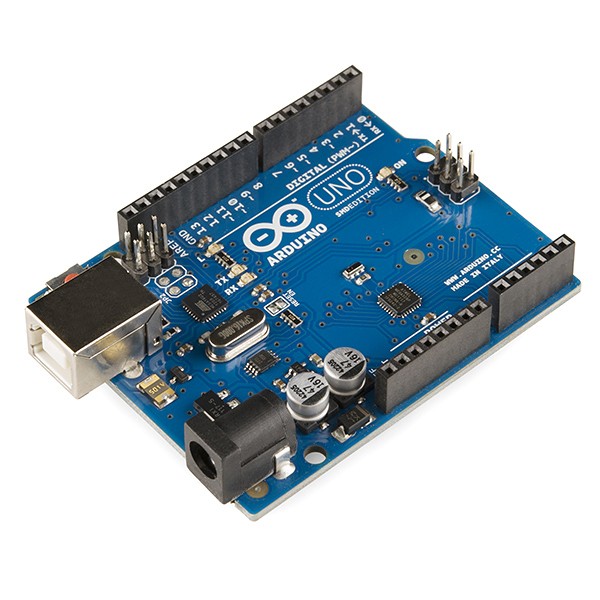 A lot of DIY drone kits out there come packaged with pre-written flight control software and plug and play flight control boards. While this is great if you’re not trying to learn, for those really trying to understand how drones work, a pre-packaged drone kit might not be your answer.

This guide on the basics of building a diy drone from scratch may be helpful. While it isn’t focused on Arduino drones, it does provide you with a great overview of the knowledge required to make any type of drone, including Arduino based.

If you build an Arduino drone, you’ll need to know the gauntlet of drone subjects ranging from hardware to drone control theory.

If this sort of thing interests you, I have good news! Many members of the Arduino community have already trail-blazed the Arduino drone kit path. From this, we can learn how to build an Arduino drone by standing on the shoulders of giants.

Get updates on future Arduino Drone projects by signing up below.

Build Your Own Arduino Drone

There are two main stages of building an arduino quadcopter: putting the hardware together and coding the flight control software. Think of the hardware as the bones, and the software as the brains.

One of the best resources available for assembling the ‘bones’ and coding the brains for an arduino-copter is Mr. Joop Brooking.

The course is very comprehensive, totaling multiple hours of video content. I have used his content as a reference for my own flying arduino project.

Here is the start to his course, which has been neatly assembled into a playlist.

Joop Brooking’s course is rather comprehensive. However, this could trigger you into following directions robot style, instead of truly learning new knowledge that you could apply without directions. While it is still a great resource, it is something to be aware of.

Some of you may just be looking for a quick overview of what all is required to build your own arduino quadcopter. You may desire a guide, but want to fill in the build process with your own creativity.

If you fall into this category, then the DIY Arduino Drone video by the Indian LifeHacker is what you are looking for. It does provide the full part list and arduino flight control code as in Joop’s course, but the quick 7 minute overview puts more of the creation burden on you, the builder.

Next Steps After Building Your Arduino Drone

One of the best parts of making a drone with an arduino brain is that you open up the world of arduino projects to your build.

What do I mean by this?

Let’s say you noticed an awesome project that uses mind control devices to control electronics (no really, this is a thing!).

Well since the project was implemented in Arduino, and your drone is using Arduino, you could do some hacking and merge mind control with an Arduino drone!

Think this example is a little too science fiction-y?

So while it may be true that there is more work involved in creating an Arduino drone from scratch, you have more access and control of the underlying firmware and electronics.

This means that Arduino drones are ideal for prototyping new ideas.

I’m excited to see what you make!

Some of you may not really care about the coding of your own flight algorithm. If this is the case, then you should probably build a drone featuring an open source supported flight controller.

If you fall into this category, checkout my list of the top flight controllers that are supported by the best open source software projects.